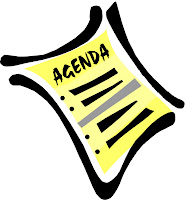 Anyone who spends time in local government quickly learns the term “agenda management.” Formally, it refers to the preparation and scheduling of agenda items so a meeting does not become overloaded and can be completed in time. Informally, it is a powerful political tool.

I have seen this process completed in as little as three days and know of several issues which disappeared (intentionally) into the administrative morass. Usually it takes four to six weeks to move from beginning to agenda.

So what happened about four weeks ago that is prompting a discussion of local government agenda management? The Manhattan Beach vs. Save the Plastic Bag Coalition court decision on carryout bag regulation.

The decision by the California Supreme Court provides clarity on how local governments can better navigate CEQA to avoid plastic industry lawsuits. With this clarity elected officials are ready to get moving.

CGA is currently seeing a dramatic uptick in hearings to regulating carryout bags by local governments across the state. It went from a few hearings a month to four or five a week with no end in sight.

Nearly all the hearings have been initial discussions directing staff to start the process of developing ordinances and environmental documents. It will take several months for jurisdictions to complete draft ordinances and CEQA documentation before for a final decision can be made.

As CGA tracks and engages local jurisdictions it will be interesting to see if “Agenda Management” will be used to speed up or slow down the efforts. Based on the enthusiasm we see now, expect to see another wave of bag hearings from the same jurisdictions in about 3 to 6 months — right on time.